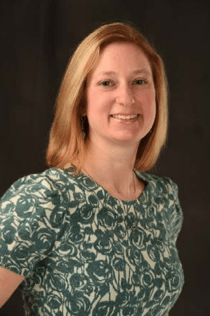 Jodi Hebert Logsdon is a Senior News Editor at ESPN. In this role, she oversees the daily newsgathering operation that supports SportsCenter and all studio productions, as well as several other ESPN platforms. In her current role, Jodi leads a team of news editors who work nearly 24/7 to gather and disseminate news from a variety of reporters and sources, and to provide editorial guidance for the news reporting and discussion across ESPN's programs. In addition, she is a leading voice in ESPN's critical journalistic decision-making and the evolution of its editorial standards and practices.

Jodi relishes the impact she has on driving ESPN's brand as a leading sports news and information company, whether that is in the fast-paced environment of daily breaking news, or through her position on ESPN Editorial Board. She also takes pride in helping to grow ESPN's business and culture through her work as a Division Champion for ESPN's diversity and inclusion strategy. She also takes great joy in working to fulfill her duty as a leader of others, particularly enjoying opportunities to support other women as a mentor, teammate and visible senior-level woman.

Jodi credits her experience working in several media for her ability to embrace change, foster creativity, and build relationships. She joined the company in 2003 as an editor in the Digital news operation. In 2006, she took on the challenge of working in the television division, where she worked as a news editor and a coordinating producer on several studio shows before being promoted to her current job in 2011. Prior to ESPN, she interned on the sports desk at the Palm Beach Post after earning her bachelor's degree from the S.I. Newhouse School of Communications at Syracuse University in 2003.

Jodi lives in Connecticut with her husband and two dogs, but her heart remains with her hometown of Philadelphia. She remains a Phillies and Eagles fan and continues to cheer for the Orange - a fandom bestowed upon Steagle and Otto, her beloved pups.